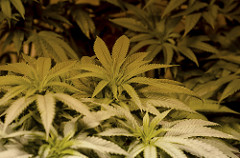 Utah has particularly stringent drug laws and the consequences can be quite severe for those caught in possession of any amount of marijuana or with drug paraphernalia.  Utah makes no exemptions for marijuana possession, even if legally obtained in another state.  In Utah it is a class B misdemeanor to possess even less than an ounce of marijuana.  Also, there is a strict law making it illegal to drive with even a metabolite of marijuana remaining in your body.  Marijuana metabolites have been found to remain in a person for as long as weeks after use.

Hefty fines and potential jail time can be devastating to an individual or family.  Plus, having a drug charge on your record can make it much harder to find or keep work.  With so much at stake, it is very important that you find a great attorney.  At Provo Criminal Defense our attorneys have a great deal of experience working on drug crime defense, and we know how to get you the best results.

Utah has also established tax stamps on the sale of marijuana.  Although this seems counter-intuitive because sale and possession are already illegal, this tax enables the state to further punish drug offenders by enforcing this tax and assessing tax related punishments for failure to pay.

Most marijuana misdemeanors carry no mandatory minimum sentences leaving significant room for strong legal counsel to benefit your case.  The attorneys at Provo Criminal Defense know Utah’s laws and the criminal courts and are an invaluable asset when defending your case.  We know how to fight charges and negotiate favorable results.  Call us at 801.800.8246 to schedule your free initial consultation.