Using A Dangerous Weapon In A Crime 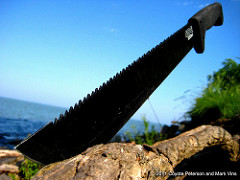 Matthew Mackin took his ex-girlfriend’s purse believing it contained evidence of her drug use, past thefts, and current plan to steal a motor home. Mackin drove away with her purse with the intention of bringing the evidence to the police, but the ex-girlfriend dove into the passenger side window of the car. Mackin accelerated while the two were fighting over the purse and the ex-girlfriend was hanging halfway out the window. At trial, the jury found Mackin guilty of, among other things, aggravated robbery. The Supreme Court of Utah looked at whether the trial court erred when it failed to reduce his conviction from aggravated robbery to robbery. The court will reverse the jury’s verdict only when the evidence is sufficiently inconclusive or inherently improbable that reasonable minds must have entertained a reasonable doubt that the defendant committed the crime of which he or she was convicted.

Utah Code § 76-6-302(1) says that “[a] person commits aggravated robbery if in the course of committing [a] robbery, he (a) uses or threatens to use a dangerous weapon as defined in Section 76-1-601; (b) causes serious bodily injury upon another; or (c) takes or attempts to take an operable motor vehicle.” Section 76-1-601 defines a “dangerous weapon” as “any item capable of causing death or serious bodily injury” or “a facsimile or representation of the item, if” the actor “leads the victim to reasonably believe the item is likely to cause death or serious bodily injury” or “represents to the victim… that he is in control of such an item.” The statute also provides that the use of a dangerous weapon in the course of committing a robbery includes the immediate flight after the commission of a robbery.