Does Double Jeopardy Attach When the Underlying Court Lacked Jurisdiction?

If a Justice Court Lacked Subject Matter Jurisdiction does Double Jeopardy Apply on a Refiling? 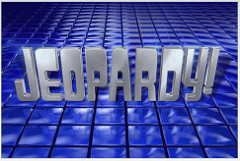 Double jeopardy applies only if the underlying court had subject matter jurisdiction.

Ian Summerhays allegedly violated a protective order by contacting his ex-wife through a text message. The prosecutor charged the two counts of violating a protective order as class B misdemeanors. Mr. Summerhays pleaded guilty to one of the counts and started his ten-day jail sentence. He appealed his conviction to the district court and argued that the justice court lacked jurisdiction to adjudicate the charged offenses. Mr. Summerhays argued that violation of a protective order is classified by statute as a class A misdemeanor, and justice courts have no jurisdiction to consider any criminal charge above a class B misdemeanor. The district court agreed and thus vacated his conviction, dismissed the case, and released him from jail.

South Jordan City filed a new information against Mr. Summerhays, and they correctly charged the violations as class A misdemeanors and filed the case in district court. Mr. Summerhays moved to dismiss the charges and argued that the Double Jeopardy Clause prevents him from being twice put in jeopardy of punishment for the same crime. However, the district court ruled that jeopardy did not attach in the justice court since the justice court did not have subject matter jurisdiction in the original action. Mr. Summerhays then took an interlocutory appeal to the Utah Court of Appeals.

The Fifth Amendment to the United States Constitution says that no person shall “be subject for the same offence to be twice put in jeopardy of life or limb.” On appeal, the question was whether jeopardy attached during Mr. Summerhays’ initial prosecution in justice court. If jeopardy did attach, then the question was whether the city was barred from refiling the charges against him in district court. Thus, the court looked at when and in what circumstances jeopardy attaches to a defendant.

The court discussed that when a criminal defendant was never tried by a court of competent jurisdiction, retrial is appropriate and does not violate the Fifth Amendment. That means Mr. Summerhays was never in jeopardy because the justice court lacked jurisdiction over the offenses charged, since the charges were beyond the scope of the justice court. In conclusion, the Double Jeopardy Clause affords Mr. Summerhays no protection against retrial, but he is entitled to credit for time served on any sentence should he be convicted.