State v. Rivera – Appealing a Sentence from a Plea Agreement 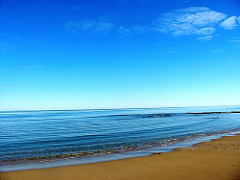 The 2016 Rivera case involved an appeal from a sentence that resulted from a plea agreement.

Lauren Ailee Maison Rivera committed financial fraud against her then-best friend (Victim), opening several credit cards in Victim’s name using Victim’s personal and financial information. Rivera had other charges pending against her, so she entered into a global resolution of all charges by pleading guilty with a mental illness to one count of forgery and three counts of identity fraud (third degree felonies). The trial court sentenced her to four prison terms of up to five years, and she appealed.

Victim became aware of what Rivera was doing when Victim received notice from a debt collector that she had failed to pay her credit card bill when due and that it was being sent to collections. She eventually contacted the police when she deduced that Rivera had obtained at least five credit cards in Victim’s name. Rivera was charged with several counts of identity fraud and forgery in this case as well as two others.

Rivera had bipolar disorder, but was competent to stand trial. A year later, Rivera agreed to a plea deal in which all but the three counts of identity fraud and one count of forgery were dropped in exchange for her plea of guilty with a mental illness to those charges. The trial court requested that a presentence investigation report (PSI) be prepared before sentencing, which was scheduled for two months later. The court sentenced her to zero to five years at the Utah State Prison on each of the four counts but rejected the call for consecutive sentences. Four months later, Rivera filed a copy of her PSI with her handwritten annotations and corrections, and the trial court submitted the corrected PSI before her first Board hearing. Rivera filed a motion to correct her sentence based on Utah Code section 77-16a-104, and the court denied it.

Next, the court concluded that her argument that her prison sentence was excessive was inadequately briefed. It was not enough to tell this court that the trial court failed to consider all the legally relevant factors and imposed an excessive sentence. The court explains that this bare statement shifted the burden of research and argument to this court, and constitutes inadequate briefing of the issue.

Lastly, the court held that Rivera invited any error that resulted from her insistence that the court afford her a hearing under Section 77-16a-104. She claimed that the trial court failed to conduct a hearing to determine whether she currently suffered from a mental illness. However, her argument failed due to invited error. Rivera invited error because she argued below that Utah Code section 77-16a-104 applied, which describes the procedure to follow upon entry of a verdict of guilty with a mental illness. That was the provision the trial court considered and on which it ruled. Then Rivera raised, for the first time on appeal, the argument that she should instead have been afforded a mental health hearing under Utah Code section 77-16a-103, which describes the procedure for acceptance of a guilty plea with mental illness. In conclusion, Rivera was not allowed to be heard to complain that the trial court should instead have considered a different provision that was not called to its attention after already inviting the trial court’s attention to one provision. This court affirmed the judgment.