A recent article posted in the Wall Street Journal described an interesting trend on teenage discipline. The writer discusses juvenile 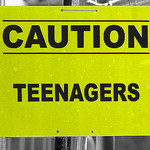 criminal proceedings and how schools and parents are turning more to the criminal justice system to discipline teenagers rather then relying on the school or parents themselves. This trend is true here in Utah as well, or at least it seems to be. We have seen countless cases in the past few years where we wondered why a teenager was charged at all or why the teenager wasn’t simply just disciplined by the school. It use to be parents and schools handled most disciplinary actions with teenagers. In past years, few juvenile criminal charges were filed. That is no longer the case. In today’s world, there are more juvenile criminal charges filed than ever before. This is especially true if there is any issue of violence involved. It use to be a school ground fight would result in discipline by the school, maybe the kids were suspended for a day or two. The parents would be notified and the punishment the children received at home was usually sufficient to get the point across. We definitely live in a different world today.

Almost every week we receive phone calls from parents in Utah with children facing juvenile charges in Utah County and the parents can’t believe the potential consequences. Utah County prosecutors are not going as easy on kids these days. In the past we have defended teenagers and children in all types of cases including assault, theft, alcohol issues, drugs, sexual offenses, and more. Recently it seems we have been getting more calls than ever. While some juvenile cases are no doubt justified, I would suggest at least half of the cases we see could and probably should have been resolved without the police becoming involved. More parents need to take responsibility for their own children and work with other parents to resolved conflicts.

In some cases, we have been successful in having charges dismissed or resolved outside of the court system. For kids who find themselves getting kicked through court, they should be represented by an attorney with knowledge of the juvenile process. The court system for kids is similar to that of adults with a few notable exceptions. First, parents get to participate in the case and be present with the children through the proceedings. Second, punishments are often different and not as severe (although in some cases like marijuana charges the penalties seem typically worse than what adults receive). Third, the juvenile probation system works much differently than adult probation. There are several other key difference so if your child is charged with a crime, call and speak with a Provo Juvenile Defense Attorney at our firm right away. More information on the juvenile court process can be found here, we look forward to helping.