Utah Prosecutors Must Prove Violations of a Plea in Abeyance 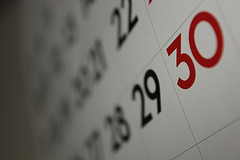 Every plea in abeyance last for a definite period of time.

Recently the Utah Supreme Court addressed the issue of a how a prosecutor proves a violation of a plea in abeyance agreement in the case Layton City v. Stevenson.  A plea in abeyance agreement is an agreement between the prosecutor and a criminal defendant wherein the defendant typically agrees to not violate the law for a specific period of time, pay a fee, and other conditions, and in exchange the prosecutor agrees to dismiss the case at the end of the specified time period.  This is advantageous to criminal defendants because if the successfully completed it will not become a conviction on a criminal record.

In the Stevenson case, the defendant had entered into a plea in abeyance agreement with Layton City wherein he entered a no contest plea to patronizing a prostitute. The term of his abeyance agreement was 18 months during which time he was could have no violations of the law other than minor traffic violations, pay a $400 fee, and submit to HIV testing. if he did not comply with the terms of the agreement the court could terminate the agreement.

Six months after he entered his plea in abeyance he was charged in Sunset City with soliciting a prostitute but he was able to get a diversion in that case. A diversion is an agreement between the defendant and the prosecutor which does not require that the defendant enter a plea. Instead the case is dismissed without any plea after the defendant fulfills agreed upon conditions.

The district court held an evidentiary hearing wherein evidence was presented that Stevenson offered rent relief to his female tenant in exchange for sex.  Stevenson denied the allegation.  It was a he-said she-said case and the court found that there were merely allegations of misconduct and what was required was proof of a conviction.  Consequently, the district court dismissed the case with prejudice. The Court of Appeals reversed the district court’s decision and found that the prosecution does not have to present evidence of a conviction to show a violation of a plea in abeyance agreement.

The Utah Supreme Court agreed with the Court of Appeals in this regard but went further in its opinion finding also that the appropriate standard of proof in such cases is “preponderance of evidence” rather than “beyond a reasonable doubt” as applies in the initial criminal prosecution. The reason for this is because proving a violation of a plea in abeyance agreement is akin to proving a violation of probation for a defendant who has been convicted of a crime.  In conjunction with this finding the court also found that just like a probation violation case there is no presumption of innocence in a violation of plea in abeyance case.

The Utah Supreme Court remanded the case to the district court to determine whether the prosecutor could satisfy the preponderance of evidence standard.

This case does not help criminal defendants. The standard of proof is so low and now that the prosecutor only has to show a violation of the law and not a conviction of the law these cases are going to be too easy for prosecutors.