When Must a Vehicle Display a USDOT Number? 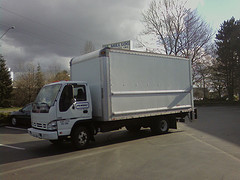 The FMCSA requires only those commercial motor vehicles that are transporting passengers or property in interstate commerce to have a USDOT number.

There is one particular federal regulation that the Utah Highway Patrol loves to enforce, but the problem is that in most instances they are enforcing the law against those to whom it does not apply. Rule 390.21 requires all “commercial motor vehicles” to display a USDOT number. In order to know which vehicles must display that number, however, we should look to the definitions found in the FMCSR.

The Utah highway patrol usually stops with subsection one. They believe that if a vehicle weighs more than 10k pounds that that is all that’s needed.  That is where they are mistaken. If you look at the first part of the definition before getting into the subsections it specifically states that a CMV is one that is used on a highway in interstate commerce, which term is also defined by the regulations.

UHP simply ignores this requirement, probably because they would have a very hard time pulling a vehicle over because how could they possibly know whether a vehicle is traveling in interstate commerce unless they are sitting at the border.

Driver’s of commercial vehicles should not permit UHP to get away with this. If you get pulled over and cited for not having a USDOT number and you weren’t traveling in interstate commerce, don’t pay the fine and fight the charge. UHP needs to be held accountable for these illegal stops.